The Paulus family looking at the massive squid carcass that washed up. Ali Paulus

The Paulus family looking at the massive squid carcass that washed up.

A massive squid washed up on Kommetjie Beach in Cape Town on Saturday morning, leaving residents in awe of the carcass.

“We don’t often get giant squid washing up on the Cape’s coastal beaches, so it was quite a spectacle to see. Unfortunately, there wasn’t much left of the carcass by the time I arrived. Eager fishermen had carved out all the sought-after bits: the eyes, beak and all the tentacles,” said Friedman. Parts of the dead squid had been removed, What was left of the washed up carcass. 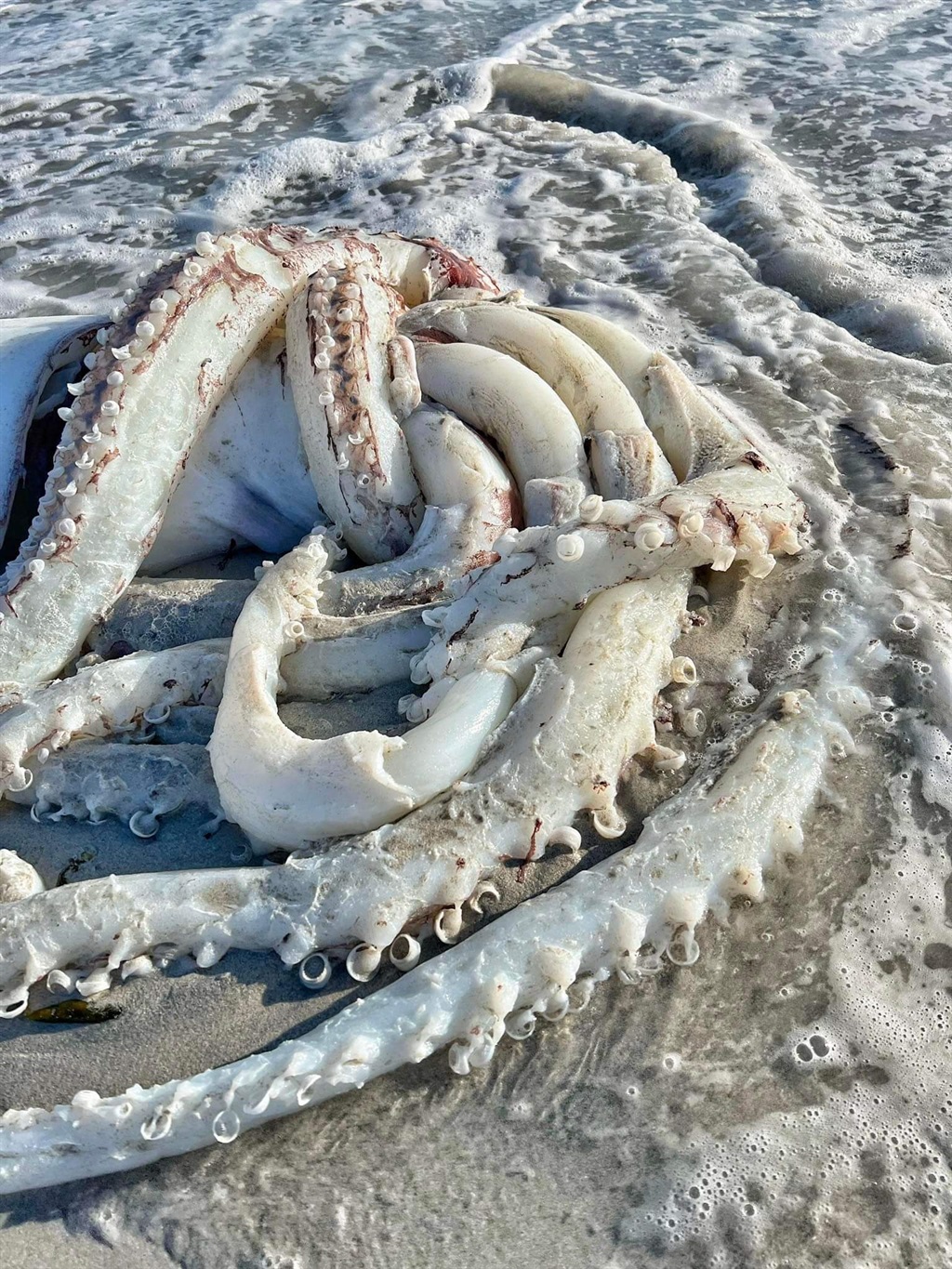 The dead carcass that washed ashore.

Parts of the dead squid had been removed,

What was left of the washed up carcass.

The remains of the squid have since been dumped back into the ocean.

According to the SPCA, some tissue samples were also taken, which would go to the Iziko Museum for DNA analysis.

“Squid do wash ashore from time to time and seemingly either in Noordhoek or Cape Point. An eyewitness, who I spoke to, said he saw the carcass before it got hacked up and mentioned seeing a deep gash behind its mantle which to me could indicate that it was hit by a ship,” said Friedman.

The SPCA added squid tended to float to the surface sometimes where it could easily be hit by a ship.

Local resident Ali Paulus said when she and her family got to the beach, they could not believe what they saw in front of them. The squid that washed ashore on Saturday morning at Kommetjie beach, Washed up squid at Kommetjie beach, The carcass that washed up on Saturday morning at Kommetjie beach,

The squid that washed ashore on Saturday morning at Kommetjie beach,

Washed up squid at Kommetjie beach,

“Just above its tentacles was a big slash. I think the poor squid may have been slashed by a boat propeller.”

She added looking at the massive squid was fascinating.

“My boys were even more fascinated. If I had to have one of the boys lay next to the squid it would’ve been far bigger than them.

“I think if I had been out swimming in the ocean and it washed up near me, I probably would have soiled myself,” Paulus said.

According to residents by 13:00, the beach was cleared of the carcass.