These children from Pelican Park are proud to have filled a bag with litter during a clean-up operation on Mandela Day. PHOTOS: natasha bezuidenhout

The New Horizon Neighbourhood Watch together with community children from Pelican Park gave off their 67 minutes on Mandela Day by cleaning up a nearby field.

They were joined by Mayco member for safety and security JP Smith as well as Grassy Park Police Station spokesperson Capt Wynita Kleinsmith.

Carrying spades, brooms and cleaning equipment neighbourhood children, some as young as seven, learned not only about giving back on Mandela Day but to clean up their spaces.

Organiser of the event Saadiqhah Ganief, treasurer of New Horizon Neighbourhood Watch, said they looked at using the opportunity as educational awareness.

“For 67 minutes the neighbourhood watch decided to collectively have an initiative to clean up the community.

“On 21 March we launched our illegal dumping campaign where we rather look at the perspective of educational awareness, where the community can empower themselves instead of just relying on community organisations.” Community children from Pelican Park joined members of the New Horizon Neighbourhood Watch to clean a field in the area.PHOTO: natasha bezuidenhout

However, she added that illegal dumping remained a big problem in the area.

“We still have the problem with illegal dumping taking place because we find furniture and rubble on the open field as well as normal household refuse.

“Our appeal for the 67 minutes is for our community to get involved.

To take pride in their environment because they live here and to not tolerate outsiders or even neighbours dumping dirt in the environment.”

She added that children need to be more involved in clean-up projects and initiatives in the school holidays.

“The other problem we have with open field dumping is that criminal activities fester there.

“On this open field the neighbourhood watch has been called to numerous complaints where you see smoke and a fire and then you know they are burning copper.

“We do acknowledge that the City of Cape Town does come out and clean, but it is the community themselves that is dumping and therefore we appeal to use your 67 minutes and take pride in your community.”

With broom in hand Kleinsmith joined children in sweeping the streets. The City’s Mayco member for safety and security JP Smith gave of his 67 minutes on Mandela Day to assist with a clean-up.

Commenting on the clean-up, she said they were happy to help, especially to show neighbourhoods that they are not only there when a crime is committed.

“We are here for our community. This is a field that children should be playing on.

“We as the community should actually look after this field and prepare it for the kids because like I said, they have to play in the streets where cars are driving when they could actually have played on the field which would be much safer.” 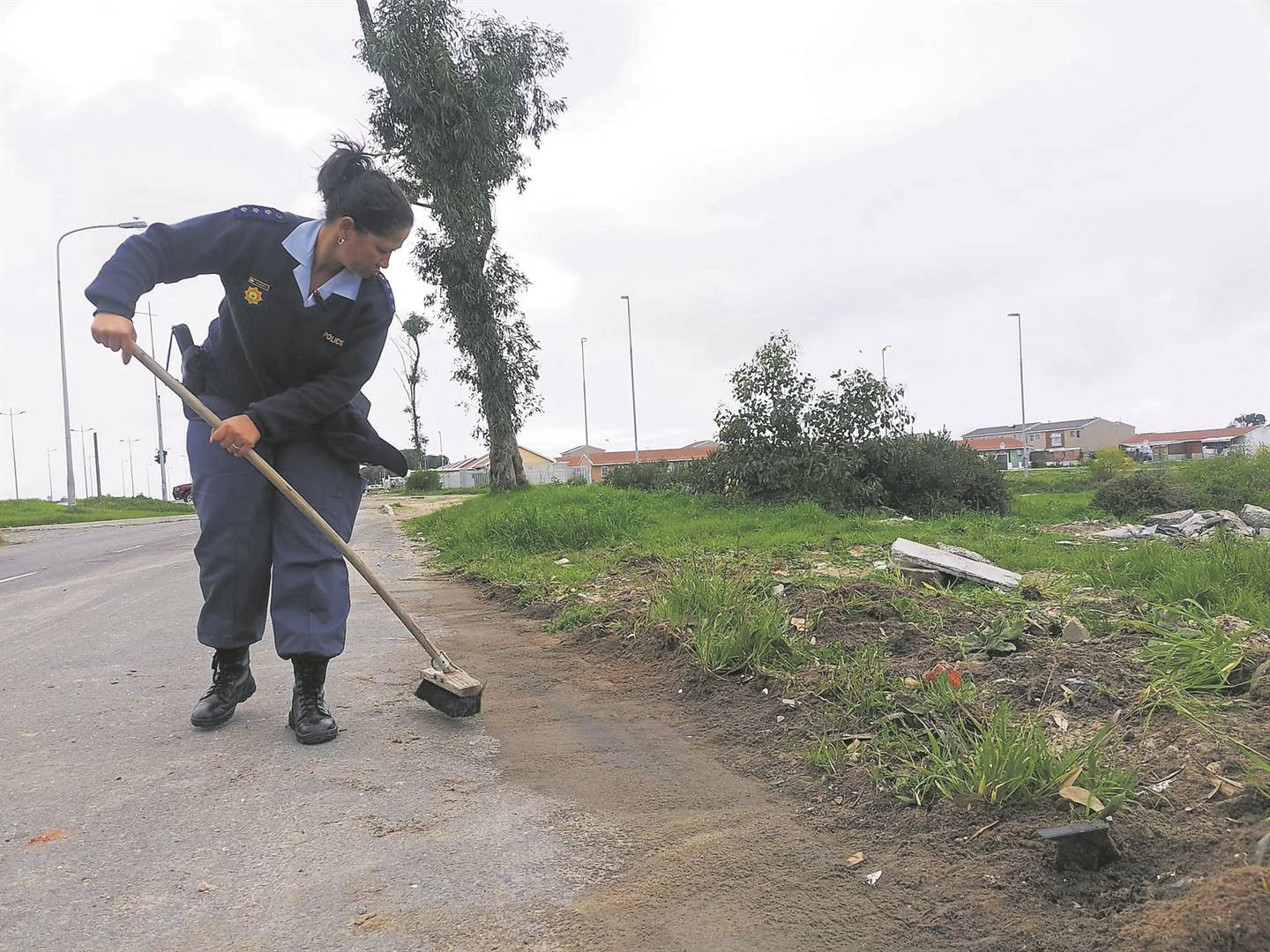 He said Mandela Day calls on everyone to make a change.

“I think that the day calls on us to try and make a change, no matter how small, whether it is being on time at work or being the guy or lady who stands up for someone being bullied . . . or speaking the truth when its inconvenient. Just being that agent for change, being brave enough to do the right thing always.”

He added that the City tries to make communities livable.

“From the City’s side we have certain obligations in terms of trying to make communities livable and giving people a decent quality of life.

“I think more than anybody else, the neighbourhood watch personifies those people who are not in government and do not have the responsibilities to fix things but step up in any case and do that, whether it’s collecting street signs that have been stolen or patrolling at night, as well as sacrificing those precious hours with family.”

Be the first to comment on "Clean-up initiative educates kids"