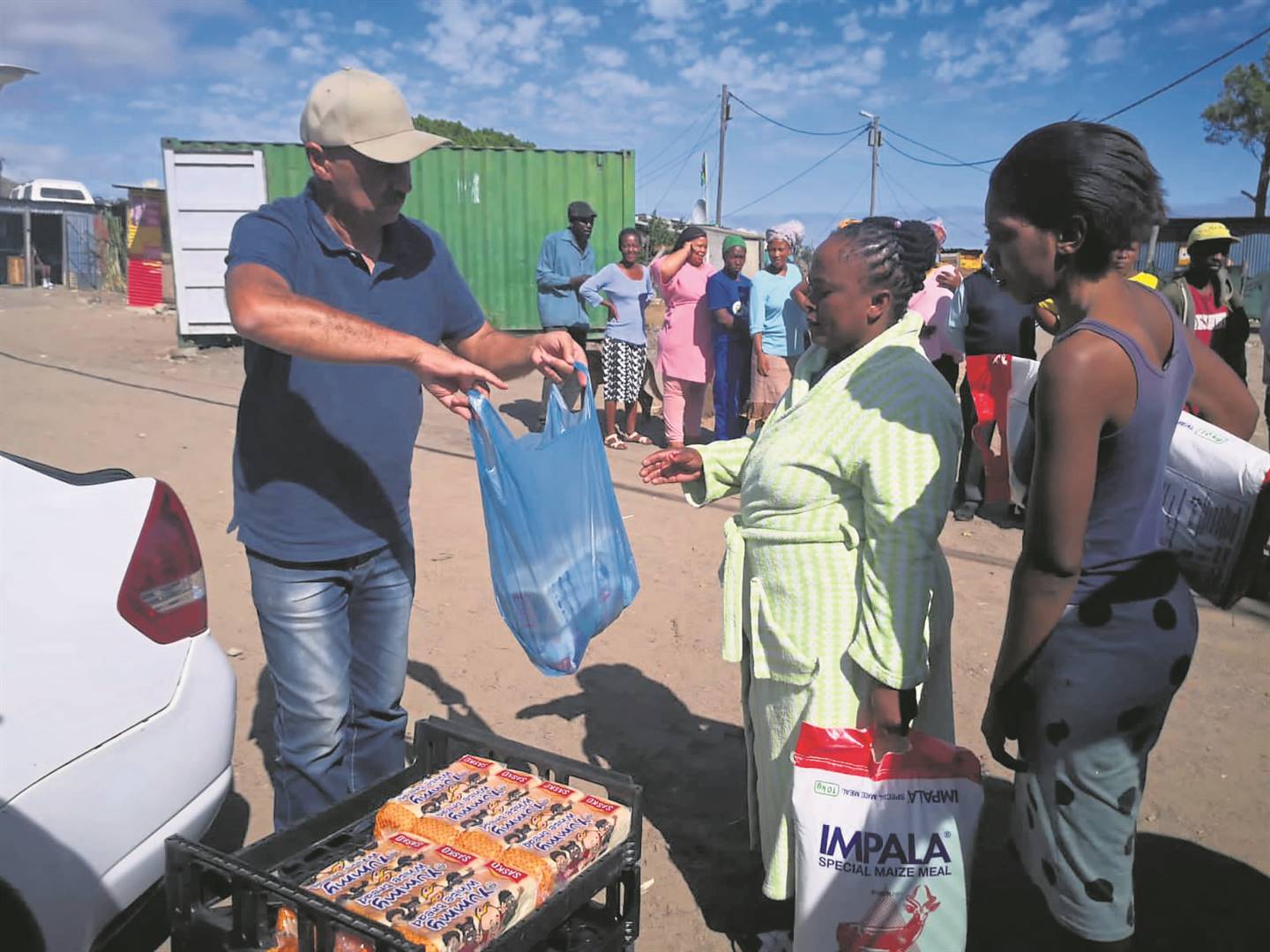 The Ahmadiyya Muslim Community and the Christian Throne of Grace Mission Centre visited Redhill informal settlement in Simon’s Town on Thursday 21 April to assist with much needed supplies.

Lorraine Moko, founder of the Throne of Grace Mission Centre, said the informal settlement has only one shop to service 5 000 to 6 000 people.

“We decided to do a collaboration, a by-religious outreach. This one was held in Redhill, a township where there is only one shop. There are no schools there and almost everyone in the community is unemployed.

“We wanted to raise awareness that this community doesn’t have enough. There is no field for the children to play, there is only a 10 m by 5 m space for them to play.”

She added that there seemed to be no hope in the community.

“There is still a lot that needs to be done in the community.”

Moko says as Ramadan is towards the end and Easter is over the two religions are continuing to work together for humanity.

Ahmadiyya’s slogan is “Love for all and hatred for none” while Throne of Grace Mission Centre’s theme for 2022 is “Year of courage”.

“Our goal is to continue working as a team to penetrate various impoverished communities and bring needed skills that will bring back the dignity of people. South Africa is back to the national state of disaster so instead of criticizing government for lack of service delivery, we are hoping that we can encourage organisations to get involved in communities they live in,” said Moko.

Mansoor Ahamd Zahid, president of the Ahmadiyya Muslim Community of South Africa, said the parcels were handed out for Ramadan and Easter.

“Due to Ramadan and Easter it was decided to share something with our brothers and sisters.

“People who are close to cape Town or within Cape Town usually get help, but places like Redhill is far and hidden from people’s eyes.”

The Ahmadiyya Muslim Community of South Africa is a world wide religious organisation started from India in 1889. In South Africa there are more than 25 branches in various towns and cities.

“We do assist different communities with food parcels from time to time without discrimination of religion, race or creed. We are doing this with the assistance of Sister Lorraine Moko, she is our interfaith friend and this is the third time food parcels were given to 50 families in Redhill.”

Zahid says they believe that charity is not only for Muslims but for everyone.

“There are many people who were also affected by covid and who lost their jobs, so this also helps them.”

Be the first to comment on "A service to humanity"