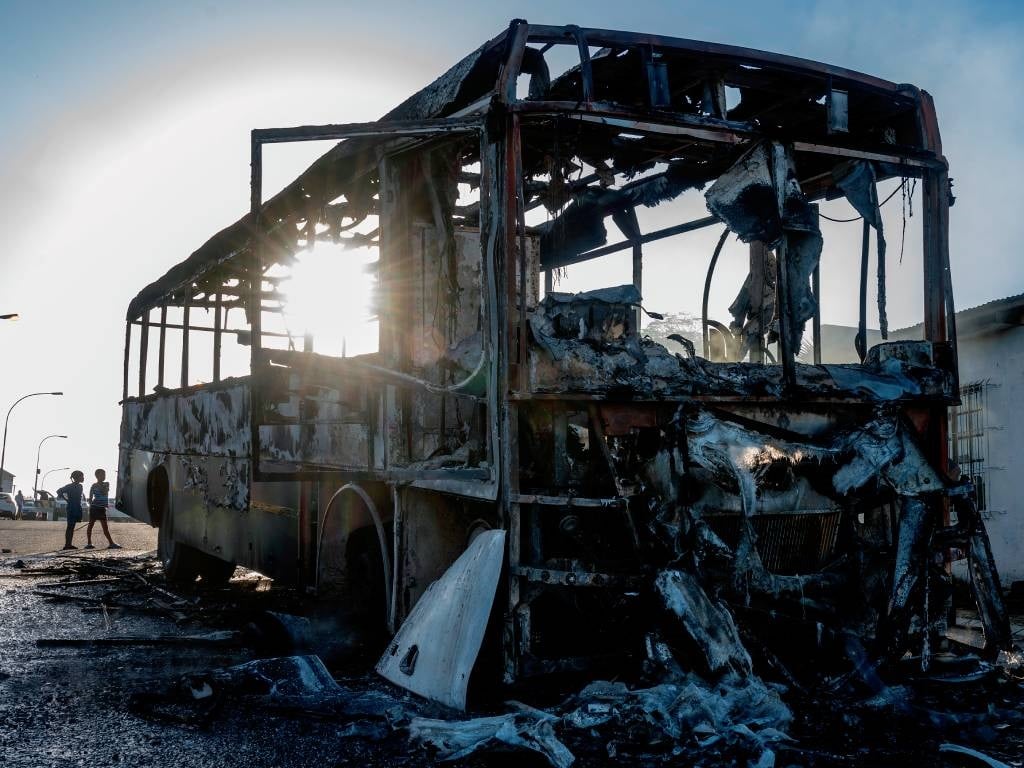 A burnt Golden Arrow bus is seen that was set on fire by protesters in in Cape Town. Jaco Marais, Gallo Images, Die Burger

The preliminary estimate of the cost of damage to infrastructure following the taxi protest in the Mother City on Thursday is more than R4 million, says the City of Cape Town.

The City’s Mayoral Committee Member for Safety and Security JP Smith said on Sunday that the figure was based on the damages that the City was aware of and was able to confirm with various property owners and entities affected by the violence.

On Thursday, taxi operators marched to the Western Cape legislature in the Cape Town CBD to hand over a list of demands which called for, among other things, the scrapping of industry-specific legislation.

The protest turned violent in some areas. Three buses were set alight and other vehicles stoned.

The taxi strike in Cape Town has left thousands of commuters delayed, frightened and fed up. Several commuters say they feared for their lives on Thursday morning after taxi associations embarked on strike action. Disgruntled taxi operators and drivers handed over a memorandum to Premier Alan Winde’s office.

Smith added that three City traffic officers received medical treatment after they were attacked on the N2 near the Raapenberg off-ramp, and motorists sustained injuries while trying to escape attacks on vehicles.

“The list of incidents reported during Thursday’s chaos is extensive and includes vehicles being stoned, petrol-bombed, hijacked and looted.”

The City of Cape Town condemned the violent actions and called on the South African Police Service to investigate and bring those responsible to book.

We have compiled a damage assessment report and submitted it to our Legal Services branch for consideration. It cannot be the case that those behind violent protests are let off the hook time and again.

Meanwhile, the City’s traffic department has handed over a case docket for reckless and negligent driving to the SAPS following a widely spread video which shows a taxi driving recklessly in the Cape Town CBD. As a result of the incident, two people fell out of the vehicle while it was in motion.

“The City has in the past instituted civil claims against protest organisers and we will do everything possible to do the same in this instance.”