Cape Town’s largest and oldest bus company has spent the last six years pivoting to renewable energy. Its central engineering complex in Epping, Multimech, was the first to introduce solar power with the installation of rooftop panels.

By 2021, the company, consuming only 46% of the electricity generated by the solar power system, had become a net exporter of electricity to the City of Cape Town.

Solar PV installations have been expanded to include six Golden Arrow depots with a combined generating capacity of 1.7 MWp. These solar projects produced 1,980 MWh over the past year and, with more panels planned, GABS expects to increase energy production to 2,680 MWh by June 2023.

And it’s not just GABS’ investment in solar that’s driving the charge to lower its carbon footprint. The 160-year-old company recently introduced two electric buses, which have been subjected to a rigorous testing phase along active routes throughout the city.

These electric buses have a range of 300km before needing to be recharged. And when it’s time to recharge, the vehicles plug into Golden Arrow’s extensive solar power systems which are also used for the depot’s overall energy needs. These buses are saving GABS between 60% and 70% in energy costs, which is especially significant considering record-high fuel prices. 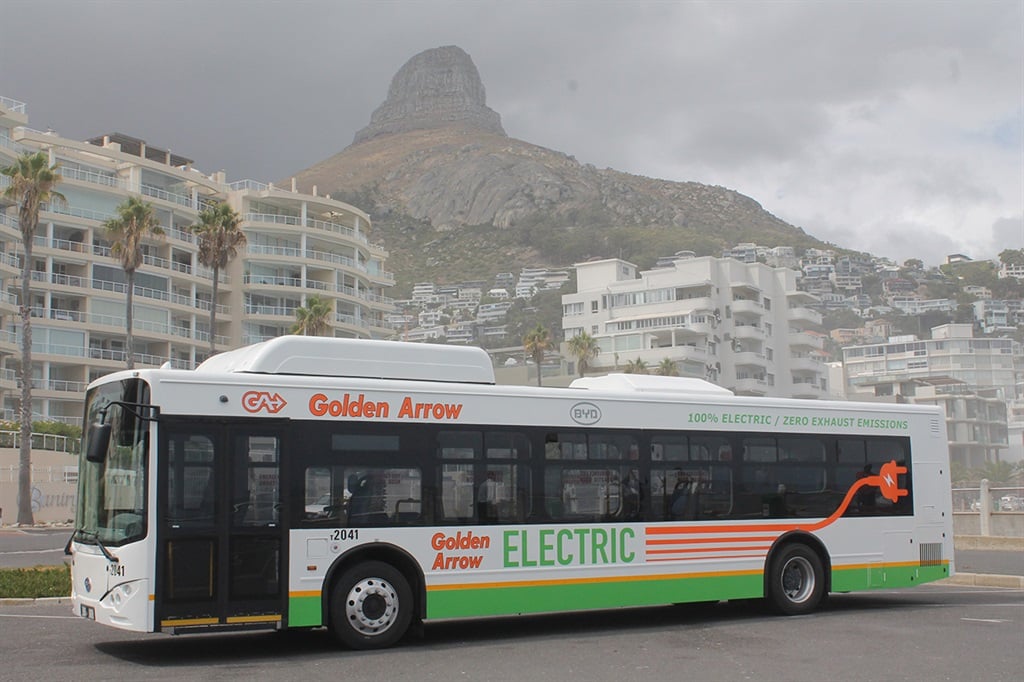 But GABS’ electric vehicle programme still needs some fine tuning, with the current buses not precisely meeting the company’s specifications.

“The current test buses do not have GABS preferred seating configuration. GABS is therefore importing a 65-seater bus with specifications matching the bulk of the existing GABS fleet in order to test how well it would work in an electric vehicle,” Bronwen Dyke-Beyer, GABS’ public relations manager, told Business Insider SA.

“The 65-seater is scheduled to arrive in Durban harbour early in August 2022 and testing expected to start in September 2022.”

Electric buses are expensive, up to three times the price of what diesel buses cost, GABS estimates, but “figures show that the total cost of ownership will however make electric buses a commercial solution over their expected operational life”.

“There are currently no incentives for the moving to electric vehicles in South Africa. In fact, there are penalties [in the form of ad valorem taxes] which makes importing such vehicles prohibitively expensive,” explained Dyke-Beyer.

Because of this, GABS doesn’t intend to rely on imported electric buses beyond testing phases.

“The success of the testing [of the 65-seater bus] will in all probability lead us to collaborate with local bus builders to start building electric buses in South Africa to reduce import taxes and protect or create jobs,” said Dyke-Beyer.

“Thereafter we would hope to introduce 60 locally built electric buses from 2024.”

One of the measures mentioned by Ramaphosa is “to incentivise greater uptake of rooftop solar” – something that GABS has already implemented – through feed-in tariffs that allow private energy producers to sell surplus power they don’t need to Eskom.