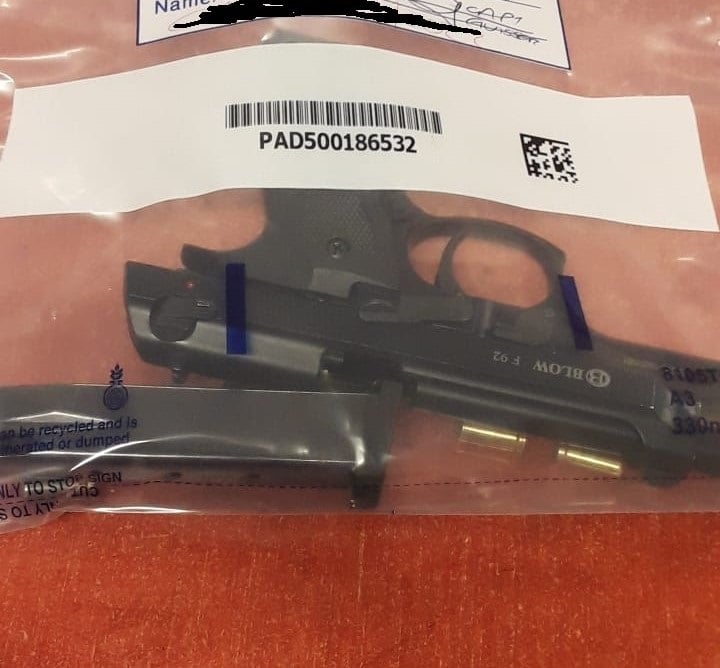 Two suspects aged 27 and 32 were placed under arrest after they were found in possession of two firearms and ammunition.
SAPS

Two men were arrested in connection with the kidnapping of a KwaZulu-Natal businessman.

The man was kidnapped from his business premises in Reservoir Hills, Durban, on Friday.

His wife sounded the alarm when he did not arrive at home by 22:30, police spokesperson Lieutenant Colonel Nqobile Gwala said.

“When she phoned him, she sensed that he was in trouble. Suddenly, the phone was taken from him by an unknown male who demanded a ransom of R1 million so that [he would] be released,” Gwala added.

Later, officers were informed that he had managed to escape.

He found his way to the Taylors Halt police station.

The man told them he was held captive at a house in KwaDindi.

It’s alleged that they stole money from the business premises and used the businessman’s credit card to withdraw cash while he was held captive, Gwala added.

They are expected to appear in the Pinetown Magistrate’s Court on Tuesday on charges of unlawful possession of firearms and ammunition, kidnapping and extortion.